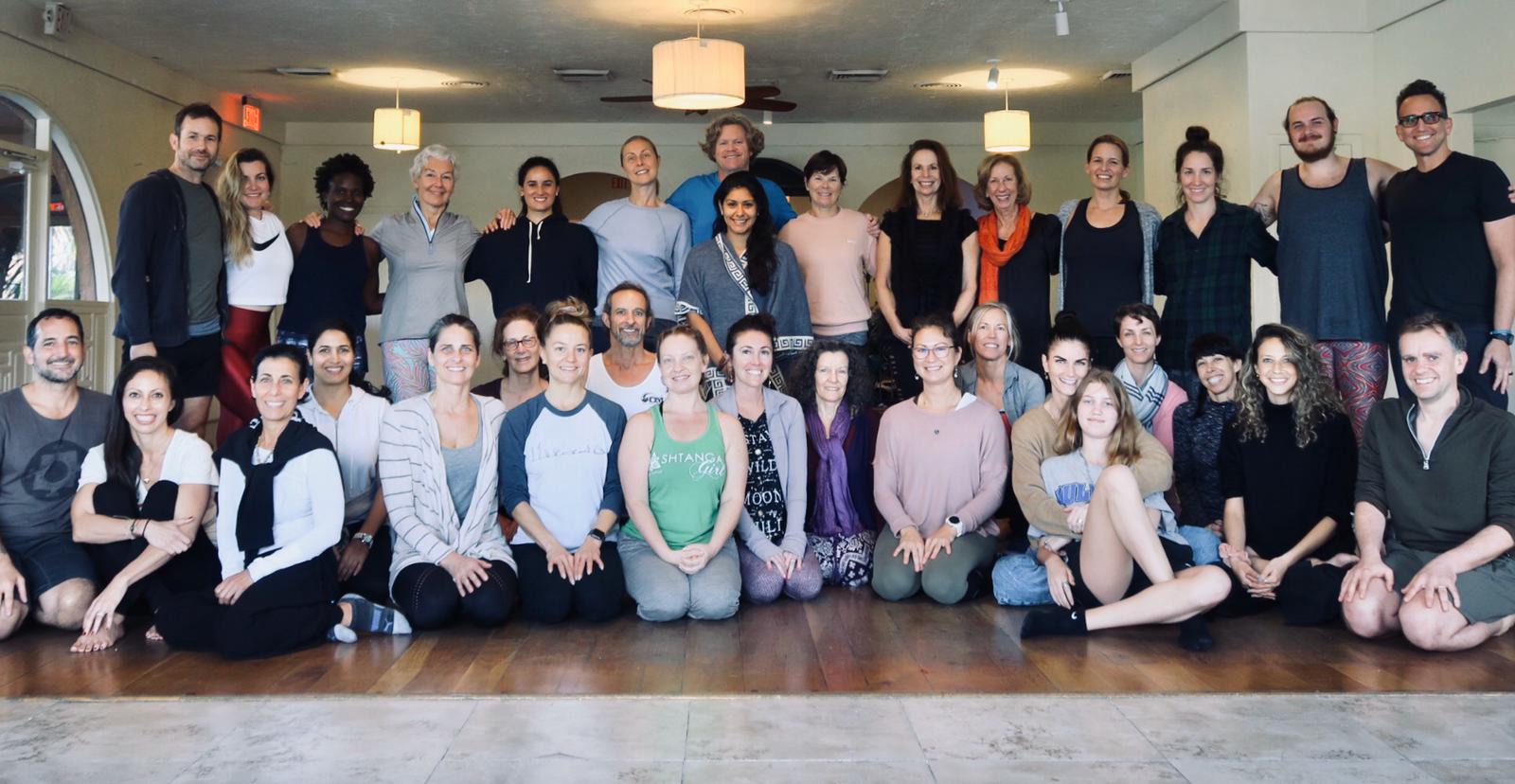 Kurmasana is known as the turtle posture. In the Hindu puranas Kurma is the 2nd avatar of Lord Vishnu, the maintainer, preserver, and protector. Vishnu is said to have 10 avatars or incarnations where he takes form to restore dharma or cosmic order. In several puranas, we see the story of the churning of the ocean of milk, where Vishnu incarnated as a turtle to support Mount Mandara as the rod that the devas and asuras use to churn the ocean of milk with the aim of recovering the elixir of immortality, or amrita buried deep in the ocean. This myth is thick with symbolism and worth studying. However, for today it is sufficient to know that it is an allegory for the yogic journey of consciousness. The devas and asuras represent two sides of the human psyche, the civilized and the natural respectively. In order for yoga to be successful, both of these aspects must be integrated into wholeness. Mount Mandara then represents a focused mind, which is a tool, and the product of an integrated self. With this tool, we can harness our desires and manifest the potentials that are latent, or in this case buried in the consciousness as illustrated by the ocean of milk. Kurma as a turtle represents the minds ability to draw inward as a turtle withdraws its limbs. This is known as pratyahara and is the support for meditative practices.

This posture comes at a point in the primary series after we have worked a series of asymmetrical poses that balance the limbs, affecting the large structures of the pelvis, shoulder girdle, and ribcage that influence the spine. It requires deep external rotation and flexion of the hip. In Yoga Mala, Pattabhi Jois says that this pose purifies the heart and lungs, and the spinal column becomes strong. Gregor Maehle points out in his book Ashtanga Yoga, Practice and Philosophy, that the spinal strength gained in this pose is a necessary pre-requisite for learning to drop back to and come up from urdhva dhanurasana. This posture is said to purify the kanda, or nerve plexus from which all 72,000 nadis originate. Proficiency in the poses up to bhujapidasana should be demonstrated before attempting this pose. Otherwise, modification of the pose will be necessary. It is common to spend some time learning to do this pose properly and it is important to learn this asana through gradual, consistent practice.

This vinyasa sequence has two states of the asana that are held. The first part is kurmasana where the legs are placed over the shoulder as in bhujapidasana, and then the legs are straightened as we lower to the ground with the strength of the arms. The arms then reach to the sides and we extend the spine. If the shoulders do not come to the floor it is important that we don’t use the legs to force the shoulders down. If there is pain where the collar bones connect to the sternum, do not extend the chest or straighten the legs until this pain goes away.

Many students think that it is desirable to lift the heels off of the floor once the shoulders are down and the legs are straight, however, if we don’t have sufficient hip rotation, then the desire to lift the heels will oftentimes raise the seat off the floor as well. It is preferable to keep the seat grounded as lifting the seat can contract the back and result in disturbed bandha control and breath. However, with the seat grounded and bandhas properly engaged, one should extend the spine, perhaps even lifting the chin a bit. This will help to broaden the collar bones and open the chest.

The second asana state is supta kurmasana. In this position, the spine is rounded like a turtle shell, which gives the asana its name. The arms are brought behind the back to clasp the hands, and the ankles are crossed above the head. Again, many students believe that crossing the legs behind the neck is the objective of this pose. In their effort to bring the torso through the legs, they end up extending the spine. However, in this pose, the head is rounded forward and we rest on the forehead indicating further that the spine is in flexion. One should only cross the legs behind the neck if your flexibility, body proportions and strength allow you to do so while maintaining spinal flexion. It is this second asana that represents the turtle withdrawing its limbs. The soft under part of the body should be drawing inward and helping to support and strengthen the back body. In this pose the mind becomes deeply concentrated. If initially, you find this pose brings anxiety, then take is slowly.

The two asana taken together strengthen the spine in both extension and flexion and act as counter poses for one another.

One thought on “Kurmasana”